Oftentimes my mind dwells on the past. I know. I know that it is useless,but I can’t help but to think, to wish that things had turned out differently. I wish that my dad and I had meaningful conversations on the meaning of life. Wish we’d engage in philosophical debates. Wish that we could have discussed… substantial things.

My father and I had bonded through our common interest in sports, more specifically basketball. On school days I would often stay up late in order to watch the late night West-Coast NBA games. He took me to a couple of (New Jersey) Nets games while I was in high school. I reciprocated once I started working. During my first year of college I moved out. Afterwards, such a long-distance relationships was strenuous at best.

Is it the age difference? I am the first child of a second marriage for both of my parents. My dad was 37 when I was born. The year he turned five-years-old Joseph Stalin had died. When I turned 5 the first McDonald’s opened up in Moscow. 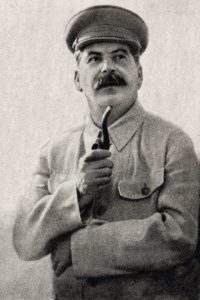 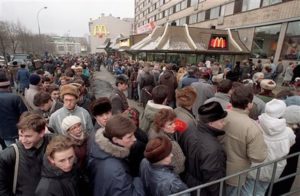 You are certain to find flaws while looking at the facts of the past. More flaws than one cares to admit while gazing at the reflection in the mirror.

I have many regrets. But, I’m learning to let go of the past and to embrace the now. There are things that I’m certainly thankful for: the Glen Miller Orchestra, the Barry Sisters and Chubby Checker. There were bed-time stories of Odysseus triumphing over the Cyclops. I have ways admired him for his breadth of knowledge and maybe I have him to thank for sparking my curiosity. My dad was there each and every basketball game. He was even my coach for a while.

He isn’t perfect. He is my dad. I am what I am because he is who he is. The good, the bad, as we as the annoying habits that I picked up from him.

Some say that we do not chose our parents. On the contrary, maybe between our past life and this one we are indeed given a choice as to the type of lesson that we would like to lean in this lifetime, as well as chose the teacher that will will impart that knowledge.

I won’t complain about my life. Many can only dream about the life I live. Many would envy my ‘problems‘. I am lucky. I know that. My father isn’t perfect. Neither am I. Perfection could be a nice place to live in, but the residents can get pretty boring. My father isn’t perfect. Neither am I. I will enjoy the sights on the way there. And it looks like I have many places to visit along the way.

For the longest time I’ve had a delusional image of what an ideal parent should be: a parent had to be perfect in order to raise a infant into a well-adjusted adult. Say the right things. Do the right things. But what is a perfect parent anyway?!? There is no such thing! There is only progress toward the realization of your potential as a human being. Whether that is through being compassionate, operating with a sense of justice or any other life-philosophy.

Perfection could just be a theoretical state, as far as an individual is concerned. Just a carrot hanging just out of reach. Never meant for us to taste. There to keep us moving forward. There is no such thing as perfect. There is only incremental improvement. This is how humanity will progress towards self-actualization: our forefathers build the foundation and it is up to the next generation to add on. It won’t be perfect. We will not have a chance to fix the mistakes of our fathers. We can surely learn from them. It would be foolish to ignore their wisdom.

Except where otherwise noted, content on this site is licensed under a Creative Commons Attribution-NonCommercial-ShareAlike 4.0 International license.

Built with WordPress Protected by Akismet Powered by CUNY