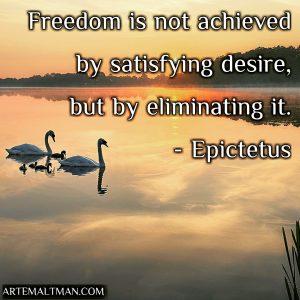 It is in the negation of desire, want and craving. To desperately seek something is to be possessed by it. If one desires then certainly one will languish if unable to satisfy the craving. It’s not outside the real of possibility to desire a thing but never be able to acquire it. Eternal misery, is it not?

What is the remedy then? Realize that desire is prison. Realize that life is desire. Cravings that are satiated one moment will undoubtedly return. Thus, to crave things is to be indefinitely miserable.

Life is like a boat-ride across a river that one navigates on a small raft. With limited space on your ship you have to be mindful of what is useful and what is excess. Keep your baggage light for fear of risking taking on too much baggage to cause your raft to sink. Necessity over excess.


Freedom is not achieved
by satisfying desire,
but by eliminating it.
– Epictetus

Thou hast made me endless, such is thy pleasure. This frail vessel thou emptiest again and again, and fillest it ever with fresh life. This little flute of a reed thou hast carried over hills and dales, and hast breathed through it melodies eternally new. At the immortal touch of thy hands my little heart […]

The exact date escapes me, but I remember that my studies of Buddhism started around the summer of 2012. Stoicism came into my life a few years later in a form of Marcus Aurelius’ Meditations. Currently reading Epictetus’ Discourses I come upon a point after point where similarities between the two philosophies are striking. Buddhism, personally, […]

The dense block of wisdom that is Aldous Huxley’s The Perennial Philosophy provides many quotes for contemplation. “​Sufficient not only unto the day, but also unto the place, the evil thereof. Agitation over happenings which we are powerless to modify, either because they have not yet occurred are occurring at an inaccessible distance us, achieves nothing […]

It is likely that you know this poem from the last couple of lines. Back in my days of coaching youth basketball I had our squad read and reflect on the poem before one of our practices.

Bill Jones had been the shining star upon his college team.
His tackling was ferocious and his bucking was a dream.
When husky William took the ball beneath his brawny arm
They had two extra men to ring the ambulance alarm.

Bill hit the line and ran the ends like some mad bull amuck.
The other team would shiver when they saw him start to buck.
And when some rival tackler tried to block his dashing pace,
On waking up, he’d ask, “Who drove that truck across my face?”

Bill had the speed-Bill had the weight-Bill never bucked in vain;
From goal to goal he whizzed along while fragments, strewed the plain,
And there had been a standing bet, which no one tried to call,
That he could make his distance through a ten-foot granite wall.

When he wound up his college course each student’s heart was sore.
They wept to think bull-throated Bill would sock the line no more.
Not so with William – in his dreams he saw the Field of Fame,
Where he would buck to glory in the swirl of Life’s big game.

Sweet are the dreams of college life, before our faith is nicked-
The world is but a cherry tree that’s waiting to be picked;
The world is but an open road-until we find, one day,
How far away the goal posts are that called us to the play.

So, with the sheepskin tucked beneath his arm in football style,
Bill put on steam and dashed into the thickest of the pile;
With eyes ablaze he sprinted where the laureled highway led-
When Bill woke up his scalp hung loose and knots adorned his head.

He tried to run the ends of life, but with rib-crushing toss
A rent collector tackled him and threw him for a loss.
And when he switched his course again and dashed into the line
The massive Guard named Failure did a toddle on his spine.

Bill tried to punt out of the rut, but ere he turned the trick
Right Tackle Competition scuttled through and blocked the kick.
And when he tackled at Success in one long, vicious prod
The Fullback Disappointment steered his features in sod.

Bill was no quitter, so he tried a buck in higher gear,
But Left Guard Envy broke it up and stood him on his ear.
Whereat he aimed a forward pass, but in two vicious bounds
Big Center Greed slipped through a hole and rammed him out of bounds.

But one day, when across the Field of Fame the goal seemed dim,
The wise old coach, Experience, came up and spoke to him.
“Oh Boy,” he said, “the main point now before you win your bout
Is keep on bucking Failure till you’ve worn the piker out!”

“And, kid, cut out this fancy stuff – go in there, low and hard;
Just keep your eye upon the ball and plug on, yard by yard,
And more than all, when you are thrown or tumbled with a crack,
Don’t sit there whining-hustle up and keep on coming back;

“Keep coming back with all you’ve got, without an alibi,
If Competition trips you up or lands upon your eye,
Until at last above the din you hear this sentence spilled:
‘We might as well let this bird through before we all get killed.’

“You’ll find the road is long and rough, with soft spots far apart,
Where only those can make the grade who have the Uphill Heart.
And when they stop you with a thud or halt you with a crack,
Let Courage call the signals as you keep on coming back.

“Keep coming back, and though the world may romp across your spine,
Let every game’s end find you still upon the battling line;
For when the One Great Scorer comes to mark against your name,
He writes – not that you won or lost – but how you played the Game.” 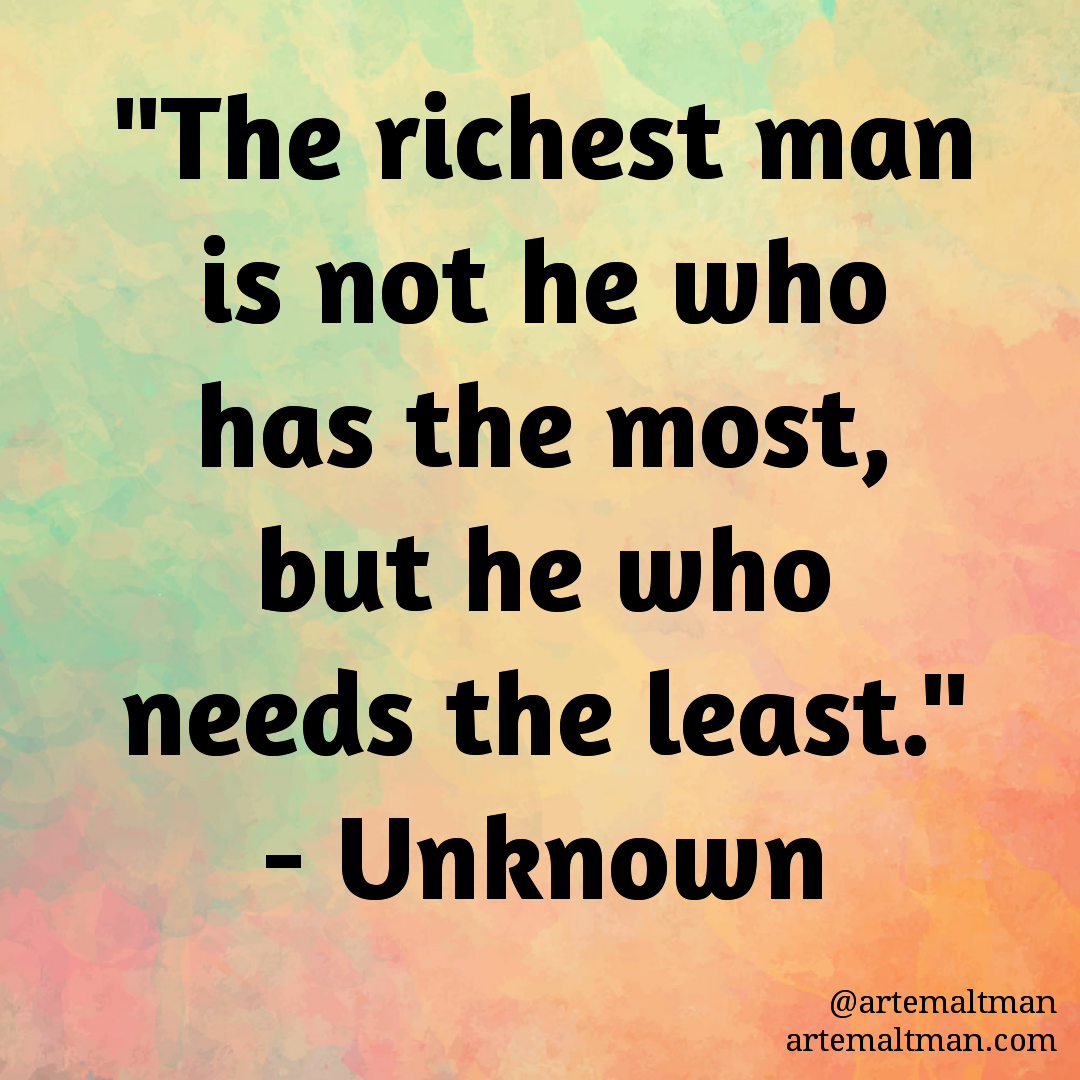 “The richest man is not he who has the most, but he who needs the least.” – Unknown 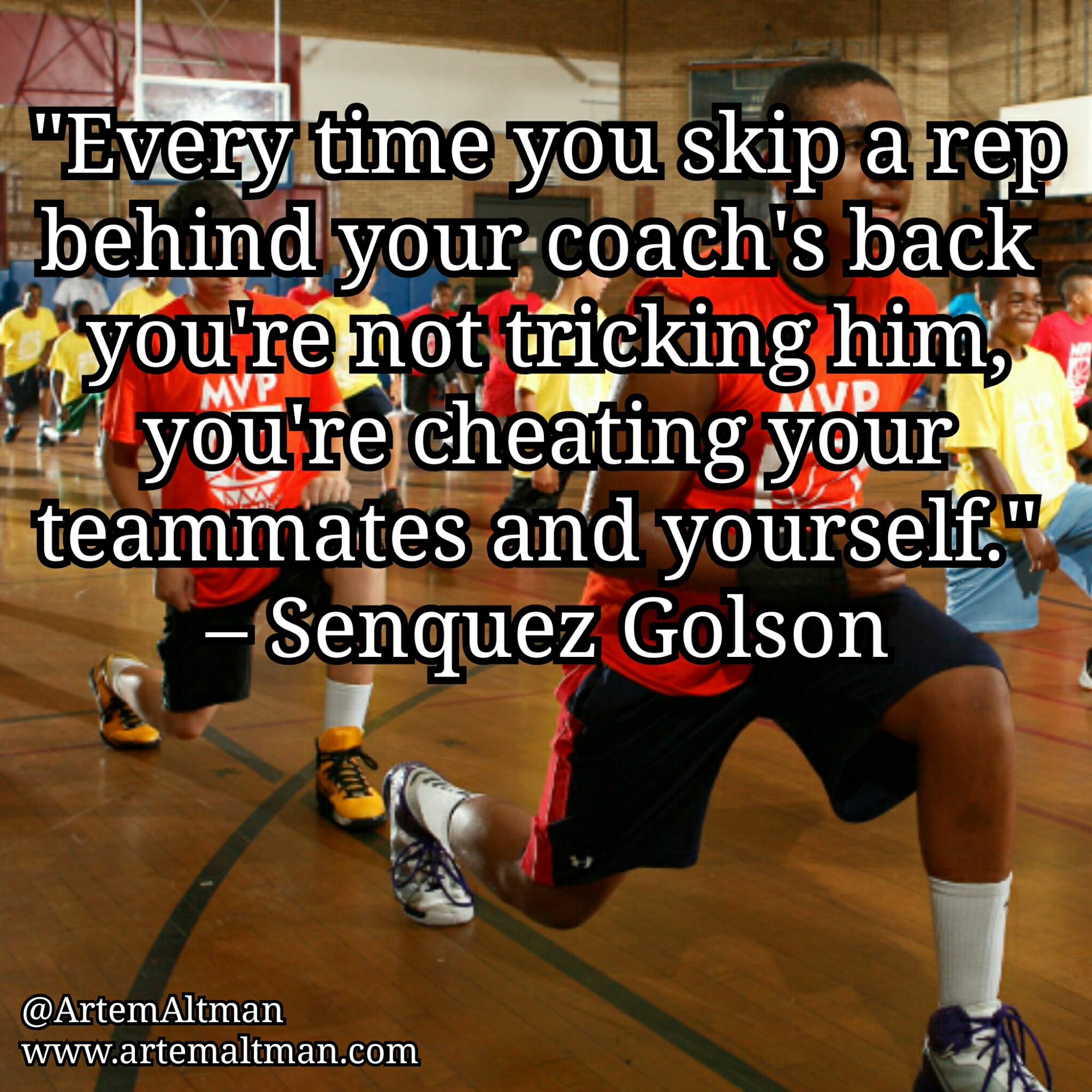 “Every time you skip a rep behind your coach’s back you’re not tricking him, you’re cheating your teammates and yourself.” – Senquez Golson 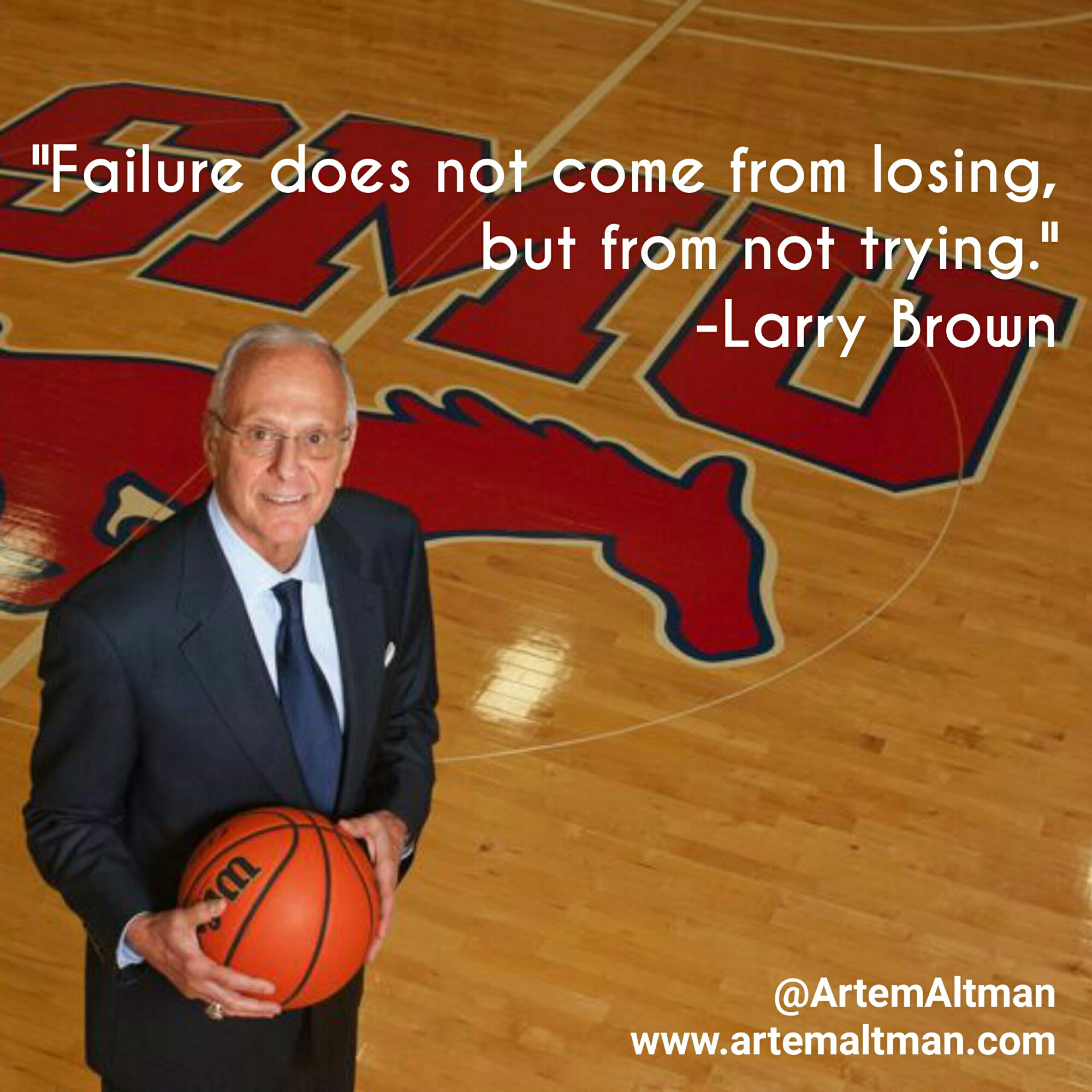 “Failure does not come from losing, but from not trying.” -Larry Brown

“It’s incredibly easy to get caught up in an activity trap, in the business of life, to work harder and harder at climbing the ladder of success only to discover it’s leaning against the wrong wall. It is possible to be busy -very busy- without being very effective.” “People often find themselves achieving victories that are empty, […]

“This is the secret of life – to be completely engaged with what you are doing in the here and now. And instead of calling it work, realize it is play.” – Alan Watts

Except where otherwise noted, content on this site is licensed under a Creative Commons Attribution-NonCommercial-ShareAlike 4.0 International license.

Built with WordPress Protected by Akismet Powered by CUNY